WildWoman is Nordic brand born in untouched nature and owned by two wild spirited sisters - it's jewellery from women to women. We belive in sustainability - our jewellery collections are from recycled silver and from fair trade business. Our jewellery empowers women and stands for their high self-worth. We believe in authentic style. WildWoman jewellery is engcouraging You to be Wild You.

The jewellery tribe is open to anyone who loves to wear distinctive jewellery.
Join the tribe HERE!

HOW DID THE WILDWOMAN JEWELLERY BRAND COME ABOUT?

WildWoman was created by two sisters who have roots on Saaremaa Island and whose lives have gone down a similar path. Working for a consultancy, getting their fill of office work, then a long period of world travel, seeking new challenges… and discovering the world of jewellery. Marika, the older one, went through the process earlier, followed by her younger sister, Mairi.

Alighting in Bali for an extended stay was a major factor. Marika fell in love with Balinese silver shops, prepared to park the last of her travel funds into their wares… but what proved life-changing was a 2009 visit to a clairvoyant, who told Marika with oracular confidence: “Marika, you are a jewellery designer. One day you will have a big jewellery brand!” Marika was floored by this “news”, because it had never occurred to her that her passion could become a new line of work or hobby for her. Living in the Western world, we’ve grown used to setting constraints for ourselves, not going beyond our professional skills. At that moment, it seemed like a big joke to Marika, because she didn’t even know how to draw. But she just started doing it, and everything happened of its own accord - before long, she suddenly found she had a portfolio of drawings, she’d found a young and capable silversmith, the first production designs were completed, and she enjoyed her first sales. All of this happened in 2010.

Marika was drawn by the name WildWoman for some time, but when she ordered her first branded jewellery pouches, reactions from customers made it clear that it was the right one. At that time, younger sis Mairi had also started her own world travels. Every time Marika set out on a jewellery-seeking trip, Mairi arranged her itinerary to get there as well, and the sisters forged a strong creative bond. When Mairi returned from her travels in 2014, it was clear that from there on out, it would be a shared passion and project.

Both sisters started out as silver aficionados but have since also become interested in gemmology (the science of crystals). Both of them have taken two long gemmology courses in the US.

WHO IS BEHIND WILDWOMAN ? 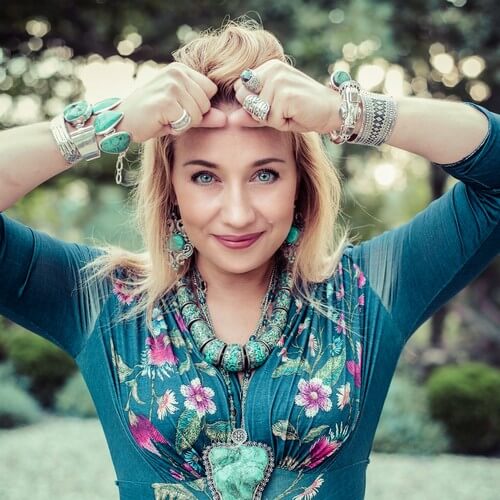 Marika admits again and again that even after all these years in the jewelry world, her passion for jewelry has not diminished - cream Indian moonstone, large turquoise and antique jewelry she quickly sweeps into her jewelry box before others see them.

As a person, Marika is open and warm, a great communicator. She listens, notices, inspires and inspires. A huge inner creative force flows from Marika, which forces her to put together the most effective stones and draw the craziest jewelry designs. She is a mystical woman, WildWoman in its most original and primitive sense.. 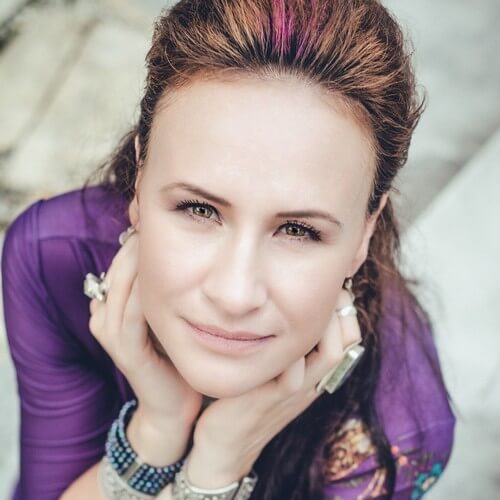 Mairi just adores pink quartz and Labradorite. The power of the unconditional love and mysterious femininity of these stones radiates from her. With a firm hand and bright eyes, She guides the WildWoman jewelry cart, at the same time acting as a carrier, inspirer and track finder.

Healthy wisdom, positivity and humor - these are the words that best describe MairI. She is a brave strategist and decision-maker who at the same time notices, listens and holds with a warm heart. Mair's versatility and power seem endless, he is one of the hellishly bright and powerful WildWoman..

HOW IS WILDWOMAN JEWELLERY CREATED?

The sisters’ passion for travel hasn’t faded - chasing down adventures is the only way they know to live. The sisters trawl the world, collecting and bringing home the coolest, most powerful and authentic pieces they can find. Our selection includes specimens from Indonesia, India, Morocco, Mexico, Turkey, Russia, Thailand, Armenia, Kenya, among others. The one-off items in our collection are sourced from the vaults of some of the world’s most impressive silversmiths.

But since the sisters are also very fond of crystals, they go gem-hunting at least once a year. They scour the world’s markets for the most distinctive and intriguing stones and create a wholly original jewellery collection, which we lovingly call our CrazyWoman Jewellery Collection. Marika says CrazyWoman is a little like a protest against Nordic minimalism - it’s asymmetric, off-centre, over the top, with a a bit of a twist, made for the soul that craves something special! New edition is WildMe - these designs are like modern time runes - reminding to us our grandmothers wisdom to be truly ourselves.

Our small team of WildWomen can’t live without jewellery - we love the cool shine of silver and the warmth of gold, love different designs; and we’re also enamoured of the powers of magical crystals. We like getting dolled up and we love seeing the Real You and bringing out your distinctive personality with jewellery. And you can’t imagine how rewarding all of this is! Feminine self-confidence and belief in ourselves, beauty and allure, gratefulness, radiance and passion! There’s simply an endless number of stories to be told… 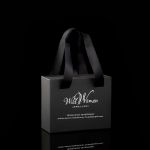 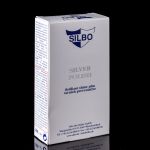 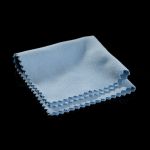 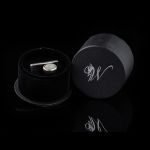